Millennial ‘summit’ confirms youth must, can and will lead global warming fight 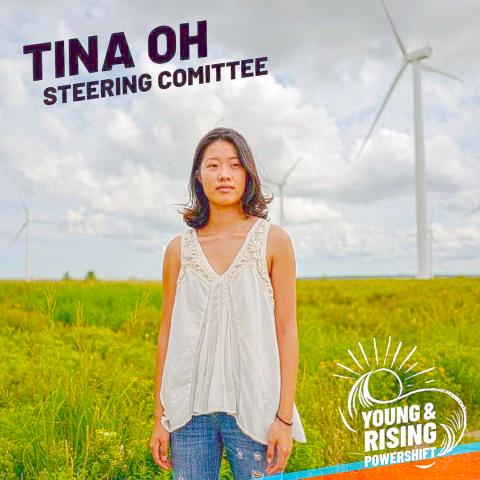 MILLENNIALS TO BOOMERS: IT’S SO OVER. Millennials are #over waiting for you to fight climate change for us. Hundreds of young people gathered in Ottawa from February 14th to 18th to prove it.

MILLENNIALS TO BOOMERS: IT’S SO OVER. Millennials are #over waiting for you to fight climate change for us. Hundreds of young people gathered in Ottawa from February 14th to 18th to prove it.

They came from across Canada for Powershift: Young and Rising, a youth-led “summit” aimed to mobilize, empower and consolidate the power of young people to create real change on global warming and other social justice issues. Other Powershift summits have been held in Europe, Australia and the USA. The recent Ottawa summit was the fifth one in Canada since the first in 2009.

This year, Powershift had one goal: to grow skills and knowledge young people need to address the climate crisis—a reality made even more stark with the October UN Intergovernmental Panel on Climate Change (IPCC) report.

The report was a wakeup call for many young people worldwide. It told us we have a short 12 years to reduce carbon emissions by 50% and prevent a two degree global temperature increase. If we fail to do that the most damaging impacts of climate change will become irreversible.

Powershift workshops, panels and training session topics included non-violent direct action, digital story telling, campaign management, creating inclusive movements and more. Workshops ranged from how to use memes to convey a message, to how to run for office.

The weekend gave young activists an important outlet to ask questions, learn about cross-movement solidarity, as well as hear from key progressive figures such as:

“Shift the power, change the system.”

Powershift serves as an important reminder that young people have a lot of power in Canada. The 2019 election will be the first of many where millennials and older generation Z-ers will make up the majority of all voters.

Powershift isn’t the only youth movement making waves for climate change. In Europe and the UK, thousands of students have been protesting every Friday in solidarity with Greta Thunberg, a 16-year-old from Sweden who has inspired youth around the world to walk out of class Fridays in a movement called #FridayforFuture.

“Some say I should be in school. But why should any young person be made to study for a future when no one is doing enough to save that future?” she writes. “What is the point of learning facts when the most important facts given by the finest scientists are ignored by our politicians?”

Greta has a good point, and a lot of students agree. During the week of February 15th, thousands of students in the UK walked out of their classes and into the streets to protest to save their futures.

“We are the ones we’ve been waiting for”

The movement has been slowly making its way to Canada. In solidarity with the movement in Sweden, students in London Ontario created “Strike for Climate Fridays” where activists rally in the streets every Friday, switching locations weekly from City Hall to various MP and MPPs offices.

Greta has called for all schools worldwide to strike on March 15, already 21,000 students in Quebec have agreed to go on strike with La Planete S’invite a L’Universite (LPSU), an organization that first started at Universite de Montreal and now has representatives at every post secondary school in the city (many of the inter-university connections were made at Powershift).

“When I meet with people to promote the movement, they look at me weird, they can’t pin me because I’m not looking to get anything out of this,” Explains Jamie Latvaitis, a Political Science student at Concordia who has been working with LPSU since the fall.

Canadian students are smart, organized and leading the way in the movement to make climate policy a deciding factor in the 2019 election. They are are coming together across schools, cities, provinces, nations, cultures and languages to address the climate crisis.

Will the “adults” join in before it’s too late?