An Anishinaabe perspective on environmentalism 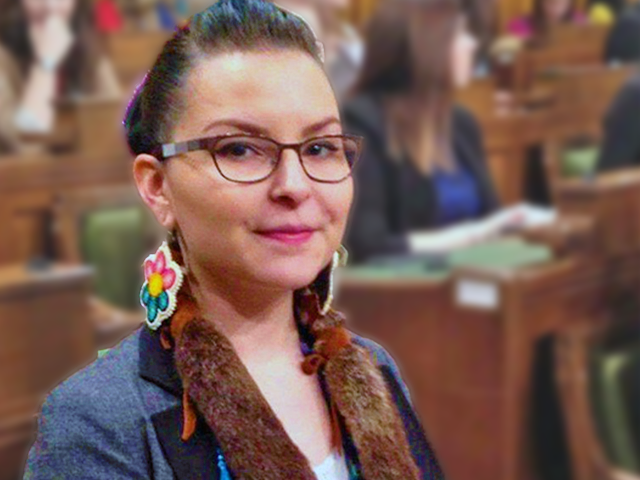 The #SchoolStrike4Climate and #FridaysForFuture movements started in Sweden with 16-year old Greta Thunberg’s one-women protest. She began by sitting outside the Swedish parliament every day during school hours with the sign School Strike for the Climate. Now she limits her protest to Fridays.

What Greta started quickly spread across Europe and around the world. On March 15 1.4 million young people protested for their futures world wide, and 150,000 students took to the streets in Montreal to demand action—a move which gained students a meeting with Quebec’s Minister of environment.

But while we celebrate young people for raising their voices. It’s important not to forget those who have been calling for action on the environment for years and years and years.

Canada is a colonial settler state, meaning that most people who live on this land came from somewhere else. Indigenous people did not. The land mass we call Canada is where they originated. They were living here at least 12,000 years before the birth of Christ. In all those years, their reverence for the natural world has been at the heart of who they are, how they survive and who they want to be.

The Indigenous fight to protect the land began with the arrival of the first European colonizers. It continues to this day. They need to be listened to now more than ever. 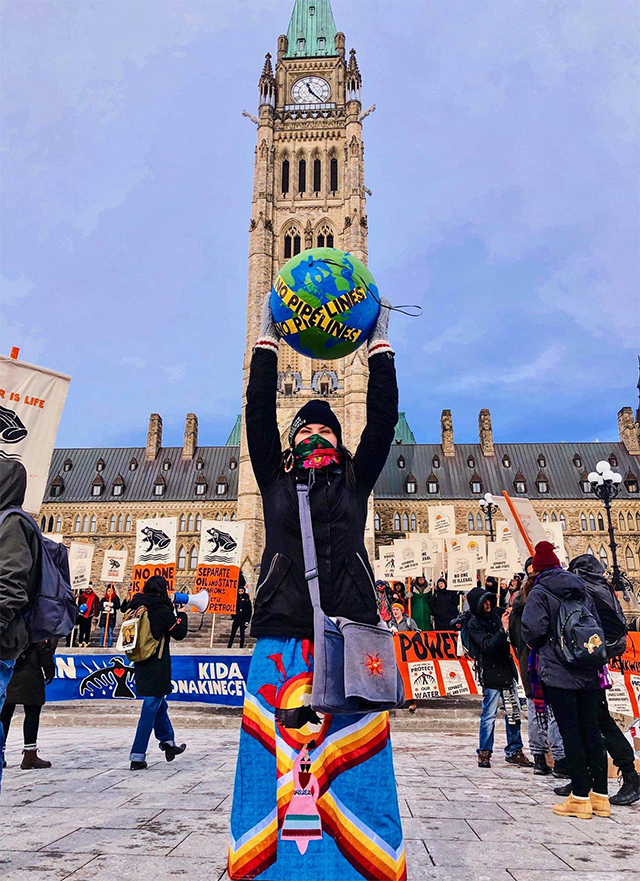 Dara Wawatie-Chabot is Anishinaabekwe from Kitigan Zibi and Kitiganik, Quebec. She is one of the strong Indigenous voices speaking out on what we call “environmental issues.” For Dara the environment is not “an issue.” For her concern for the environment is as natural and necessary as breathing.

The following are some of Dara’s insights.

“First, I want to acknowledge two water defenders: Josephine Mandamin[DW1] , an Anishinaabe grandmother, elder and water activist involved with the Mother Earth Water Walkers (recently passed onto the spirit world), and Autumn Peltier[DW2] , an Anishinaabe teen, recognized and celebrated globally for her work in water protection and activism. You can learn about more Indigenous-led movements here.”

Dara says respect for “Aki” is essential. She writes: “Aki means the land in Nish. It includes the water, the trees, the four legged, and everything in creation that depends on the earth for survival and nourishment. I was taught to respect all living things, even towards those who I may not agree with, at the end of the day they are equally as deserving to live as anything else, for the simple reality that they ARE. Even toward the fish we caught, my father would say “ “Don’t step on that fish, he did nothing to you and will feed you, so you should respect him instead of hurting him.”

Respect for life and land is the backbone of identity for many Anishinaabe and other indigenous people. This part of their identity is under constant threat due to environmental devastation brought on by Canadian governments and foreign investors.  Anishinaabe teach that they are the land, and so an attack on the land (resource extraction, water contamination etc.) is an attack on the people.

“I must show my appreciation for the world that sustains me. This is my worldview as Omamawinini---as a human. Our values as individuals and as members of a community are crucial to how we treat not just each other, but also the land and waters.”

So what does “WE ARE THE LAND” mean?

Dara breaks it down for us.

“Well, since we are made of up to 90% water (#waterislife [DW4] #mniwiconi[DW5] ), we consume all of what comes from the soil, we breathe the air around us, and we use the medicines from plants, we are LITERALLY, made up of what comes from the land. With no earth, there would be no humans. So where does the entitlement to consume and exploit come from? Well, for Indigenous people it comes back to the legacy of colonization.”

Dara makes an important point many young people (and older) are just beginning to come to terms with. If governments and businesses continue to take from and poison the land we live on, eat and drink from... what will happen to us?

While all these horrors seem far away for many settlers and immigrants, (especially those of us who do not live in the Western provinces), the realities being predicted for us in the next 12 years have already been felt by indigenous people for decades. Colonization, neoliberalism and capitalism are all connected and they all rely on the exploitation of land, specifically,  indigenous land, to keep them going.

Dara explains how indigenous rights, especially those of indigenous women are tied to the rights of water and land.

“ Environmental destruction is a defining feature of neoliberal capitalism and colonialism. Always has been and always will be.”

Dara explains that Canada still acts in colonial ways, even on the international stage by continuing to pledge allegiance to the Queen of England and having major trade partnerships with abusive governments such as Brazil, a country with a constantly rising death toll of  land activists [DW6] who are mostly Indigenous.

“At the heart of neoliberal capitalism and colonialism is the breakdown of sacred familial/community ties and responsibilities.”

Dara tells us, “Governments used their power to limit the strength of matriarchs and hereditary leaders who have the wisdom, authority and strength to protect the land in a holistic way, and then “legally” shift that power to hand selected “representatives” who you can easily ‘negotiate and consult’ with, then you prioritize colonial authority over Indigenous authority. One comes at the expense of the other.”

With these links in mind, let’s take a moment to reflect on colonization an why indigenous women are the most targeted group for violence.  (violence against Indigenous women[DW7]) , which brings us to the next point.

So, who are our front liners and why do they fight?

“We are watercarriers, caretakers and medicine people. We are hereditary chiefs, kokoms and moshoms, two spirit and non-binary people, mothers and fathers, aunties and uncles, and sisters and brothers. We fight because we were never conquered, because our ancestors refused to give up on us, and because we refuse to listen to those who deny our sciences that were empirically developed over thousands of years. We will never back down and we will never stop fighting for the future generations’ rights to exist and live in a healthy world. Not just for our descendants, but for yours too.”