The good news about our everyday healthcare system 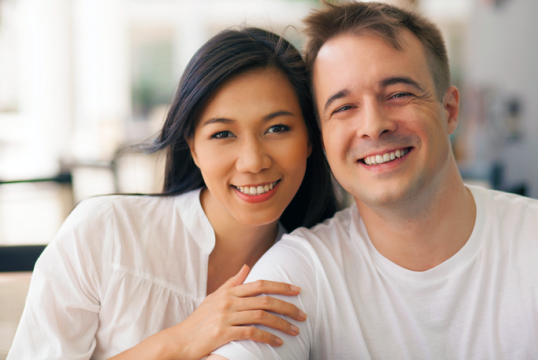 GOOD NEWS IS NO NEWS. Not in 2019. So we don’t hear a lot about how good Medicare is. In fact, the truth that there is good news about Medicare will itself be news to a lot of Canadians.

GOOD NEWS IS NO NEWS. Not in 2019. So we don’t hear a lot about how good Medicare is. In fact, the truth that there is good news about Medicare will itself be news to a lot of Canadians.

We too often let bad news get the best of us: plane crashes, tidal waves, stock market meltdowns, mass shootings and, in Canada, health care delayed. (But never denied.)

Critics of our healthcare system are quick to point out that our Medicare is not perfect. They say it is “deep but narrow”. Its shortcomings are assiduously noted, reported and endlessly repeated in shocking anecdotes over coffee at Tim Hortons.

There is another side, of course. The story of our Medicare system working well; the decades-long story of its everyday successes. The rule not the exception.

Such stories deserve to be told. Here are three of them.

Home is where the heart is

Rob, 66, noticed early last year that he was getting out of breath easily. A visit to his doctor confirmed that he had had a heart attack; further tests indicated that the damage was extensive and severe, and that more tests would be required to determine whether surgery was even feasible.

After the initial diagnosis, Rob found the waiting between tests and specialist appointments intolerable and stressful—he is still reluctant to talk about it—but eventually he was found to be a good candidate for the surgery. One of Canada’s top heart surgeons performed a triple bypass this past January, and a pacemaker was installed as well. He is recovering nicely at home, which thankfully he still owns: in the US, he might have been out a six-figure amount, but his costs here in Canada were negligible.

John, 65, was taken to Emergency after he experienced increasing back pain so agonizing he could walk only a few steps, and in addition he had developed a dropped foot. There he sat, from 10pm until well into the next morning. But once an MRI was done on-site, and a badly herniated disc with pressure on the spinal cord had been diagnosed, he was given a bed, and a spinal team visited him that afternoon. Four days later he had an operation to repair the disc, once again performed by a leading surgeon, and he has recovered fully.

New knee and breakfast too

Phil, now in his seventies, has always enjoyed an athletic life of tennis and skiing, and is still physically active. He has suffered recurring knee problems, beginning nearly two decades ago, when he found his tennis slowing down, and then had difficulty walking.

He began with a knee brace, then progressed to surgery on both knees, which was expected to fix things for ten to twelve years, if he lost some weight. He did, and almost to the day, ten years after (2012), his knees gave out. In the Fall of 2012 and the Spring of 2013, he had partial knee replacements done. The total wait time was 3-4 months after being scheduled.

Phil stayed active. In February, 2017, while skiing, he felt pain in his left knee. The pain was manageable, but he saw a specialist and was scheduled for surgery for a complete knee replacement. He received his new knee this past February. His only complaint was that the hospital failed to give him an evening meal after the operation. But breakfast, he said, was “pretty good.”

The only out-of-pocket payment he made for his years of medical consultation and treatment was for parking.

Phil posted a note of thanks on Facebook: “…I want to recognize you as a terrific group of dedicated and caring folks -- from the clerks and porters and cleaners to the doctors…. You are truly special people. To those nurses and physiotherapists who are short staffed and worked very hard you are very much appreciated. Thank you very much -- least I can do for all of you is to get better and be a good example and witness to your terrific daily efforts.”

“I appreciate everything Tommy Douglas did—his fortitude and strength in getting us universal medicare,” Phil says, with history in mind.

Although the system as a whole could bear improvement, countless patients over the years since public healthcare was introduced would heartily applaud.